So the plans have been modified. Since the ship will have moved on, we can’t catch it in Rome. The next stop is a two day stay in Pisa/Florence. And the harbor for the two cities is Livorno.

So the plan is to fly to Chicago. In Chicago we’ll wait for my mother, then take the flight to Rome. After getting to Rome, we’ll taxi to the train station and take the train to Livorno. Finally a taxi to the ship. That’s the plan.

Why a train? It like like there is a train every half hour, while there are only four flights a day. The cost of the train starts at around ten euros, while the plane is two hundred dollars. And the view should be better.

We got to the airport several hours early and used the vouchers for a very nice breakfast at The Stock Car Cafe. I had the Charlotte Start, which was a breakfast in a bowl of cheese grits. Good and filling.

The flight was uneventful. Once we landed in Chicago, we decide to go to the Admirals Club. It as far more relaxing (and far less crowded) than last year’s stop at the United Club. They also had a very tasty Chimichurri Steak soup and more charging stations than they had chairs. 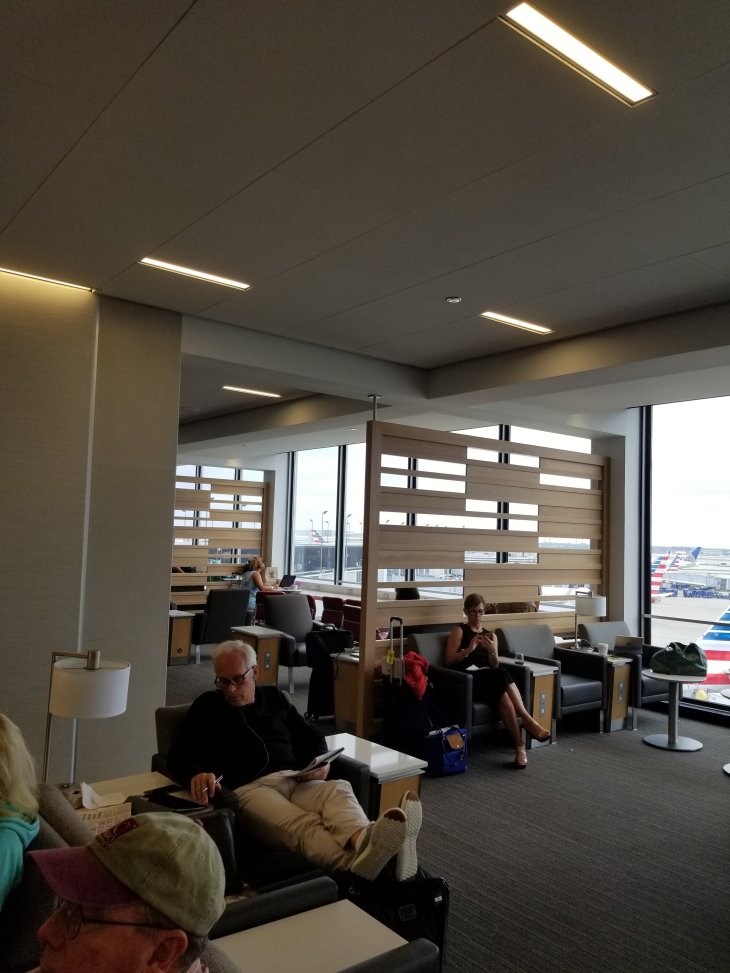 After reconnecting with my mother, we hung out at the gate for about half an hour and then flew off on a 787. This may have been my first time in a 787.

We landed in Rome without an incident, went through immigration, and found our luggage sitting next to the luggage carousel. After going through non-existent customs, we followed the signs for the train.

As we approached the ticket booth, we were approached by a nice woman carrying a Viking clipboard. She helped us buy tickets to the port with the ship. Then we got on a very crowded train to the city center.

When we got to the main train station, we found a huge crowd of people trains had been delayed up to ninety minutes, and our train (which was supposed to leave within half an hour) wasn’t listed. Turns out that the Italian train is on strike. 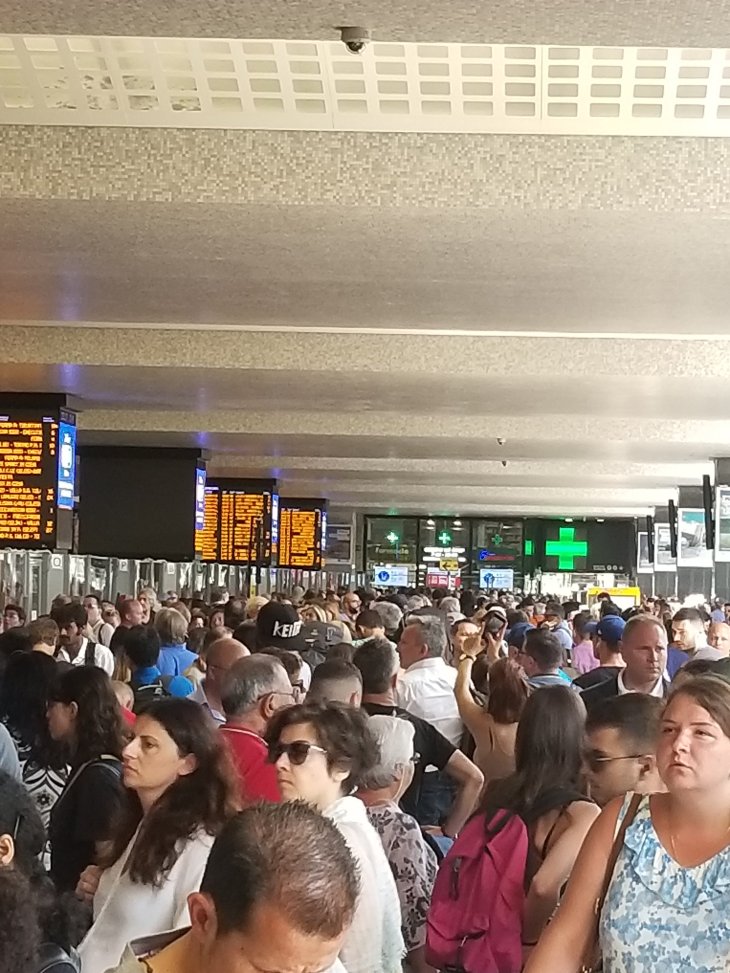 Suddenly, our train was listed. We ran to the track, and found our seats with minutes to spare. (The cost for three people to the ship was about one hundred and seventy euros.)

The train brought us through mostly flat agricultural and residential areas. I noticed a large number of apartments and shared structures, as opposed to the single family structures seen in the United States. Many of the homes had stucco roofs. We also went along the coast.

The announcements on the train were in both Italian and English, which made it much easier to know when to get off. Additionally, the train was an express with only occasional stops.

On the way, we passed by a ship yard for cruise ships.

As we traveled north, the terrain became more hilly.

Once we got to Livorno, we were on our own again, without any help from Viking. However, we were told a city bus would bring us to the ship. It dumped us in the middle of the city, but a block away was the shuttle bus stop for the ship.

After waiting about half an hour, the bus came. After passing through security, we got our staterooms.

This site uses Akismet to reduce spam. Learn how your comment data is processed.