So I set my alarm for 630. I looked out the veranda, and had a sunrise at sea. (I had to duck down for the view to the west. Otherwise the spotlight would take up most of the picture.)

After breakfast, I met the other four people taking the excursion. Three of them were a mother and her two college age daughters from NYC, while the fourth was a woman from Texas. The woman from New York was traveling without her husband, while the lady from Texas’s husband was on the ship.

We left the ship and walked down the pier and into the city. After a while we reached the market, with lots of fresh produce. 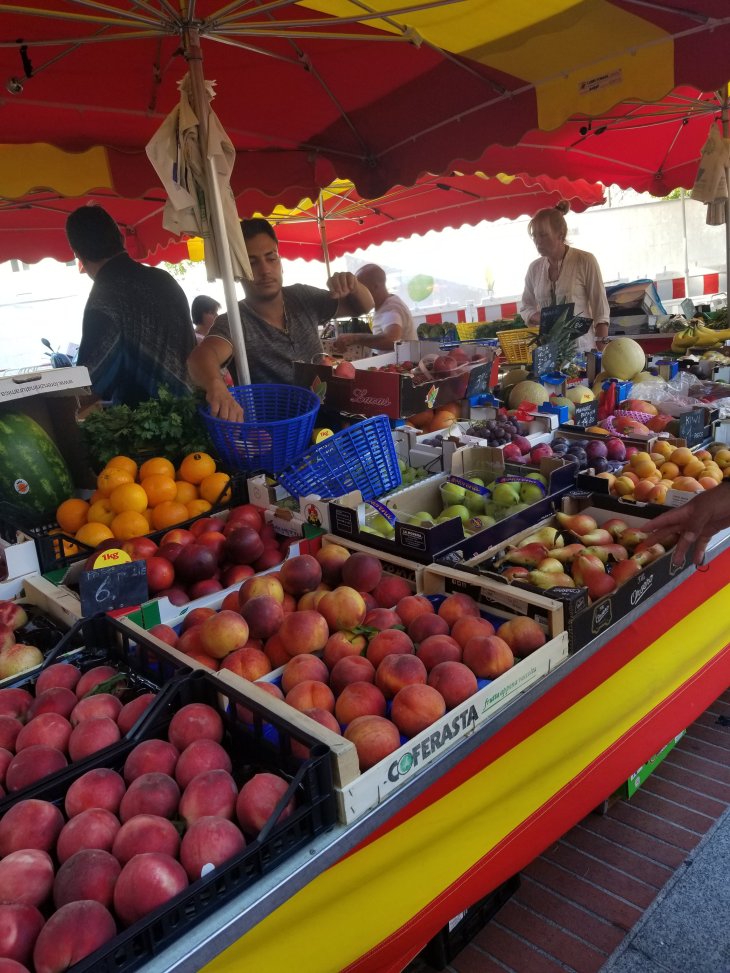 All of the produce was picked out by our head chef (from South Africa, although he’s lived in Jupiter), who’s planning on turning the produce we bought into a great this evening. 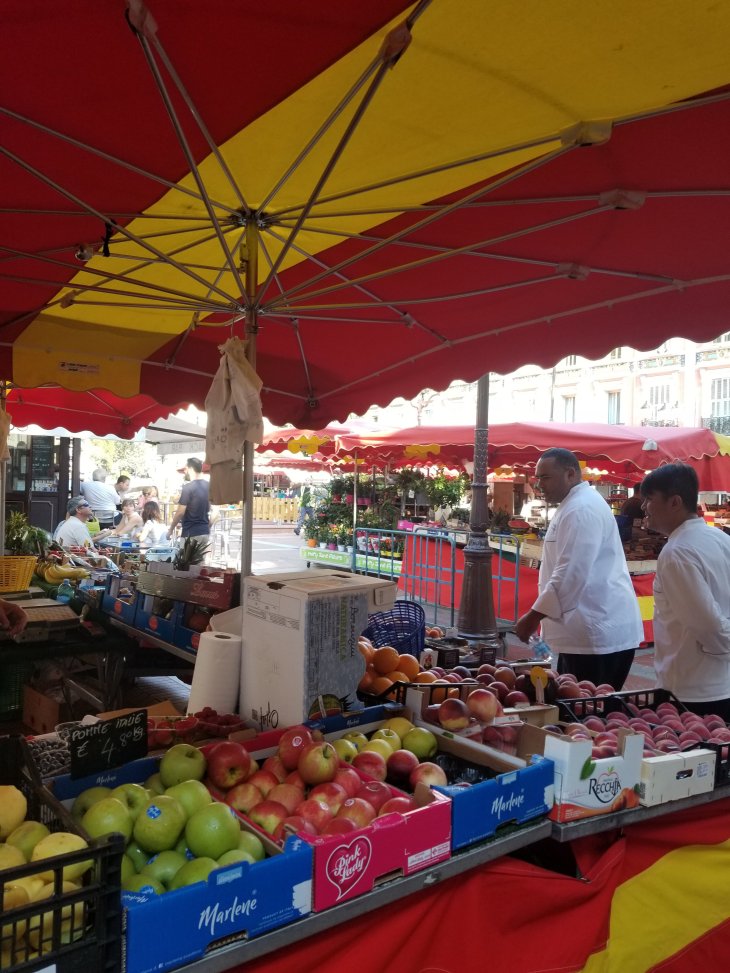 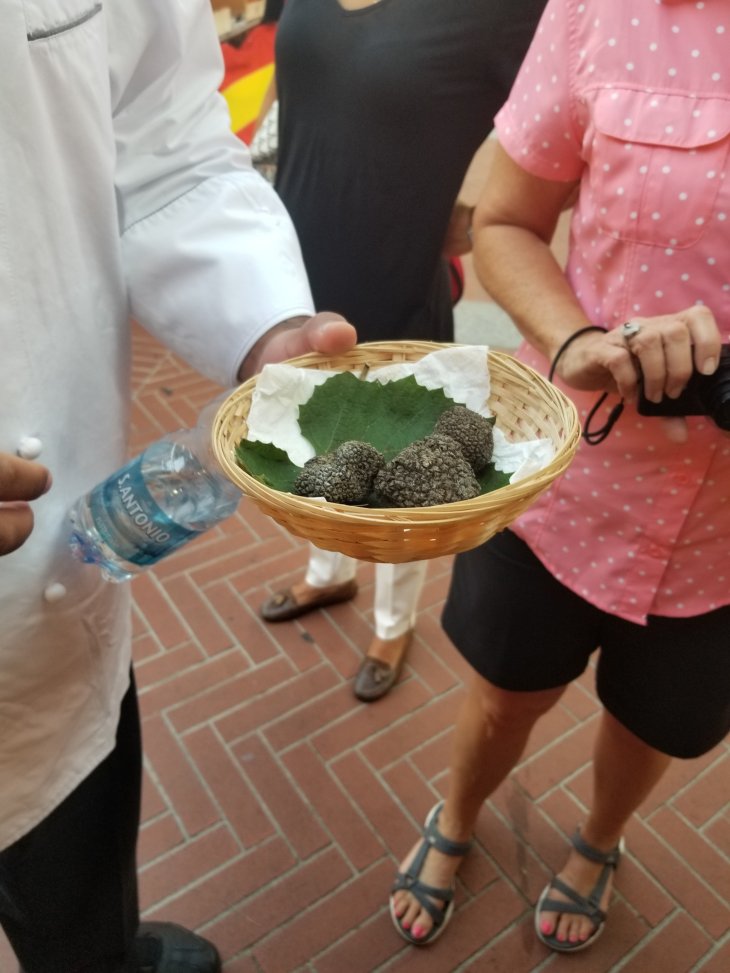 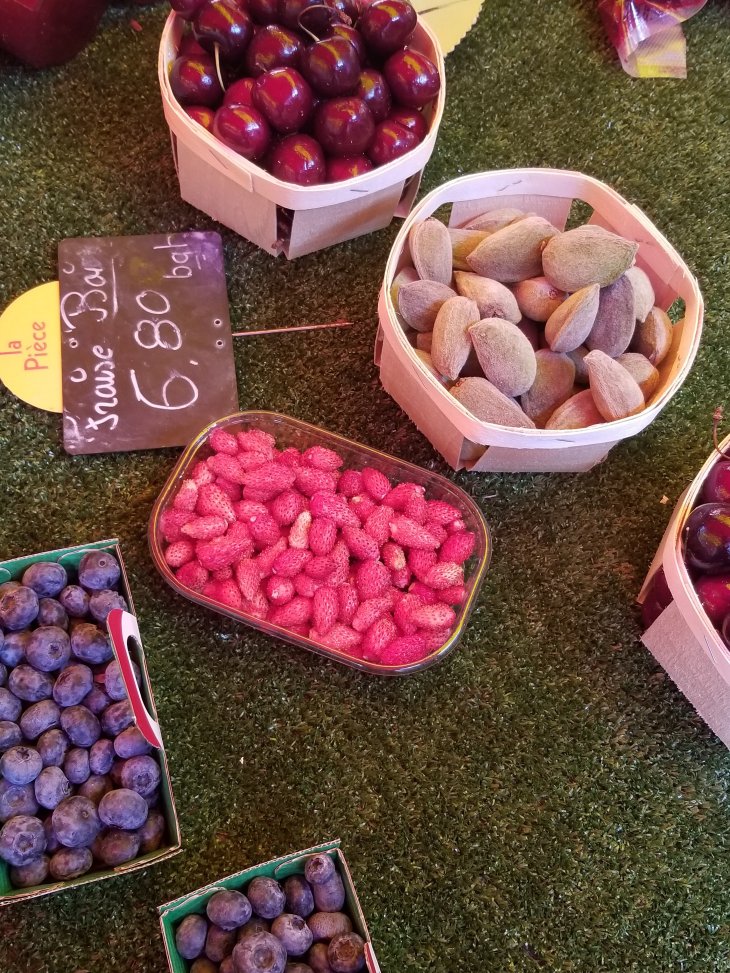 Three was also lots of cheeses and pasta available. The ship makes its own pasta.

An interesting thing I saw was the variety of motor scooters. I wonder if that second one is available in the States and what its range would be.

Then we walked back to the ship, arriving a bit after ten. Dinner won’t be ready until six.

After lunch, we all went on theWalking Tour of Monaco excursion. After going through the customs building, we took the stairs to the top of the pier/breakwater. 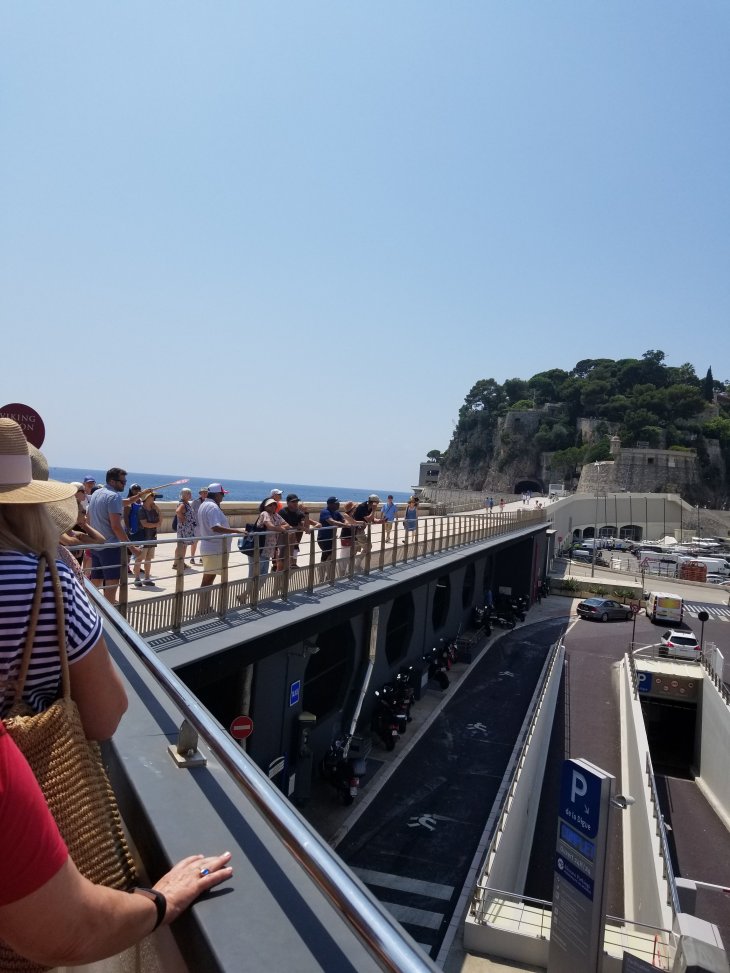 We continued on along walkway along the cliff edge.

We reached the Oceanographic Museum. This museum was run by Jacques Cousteau for several decades. 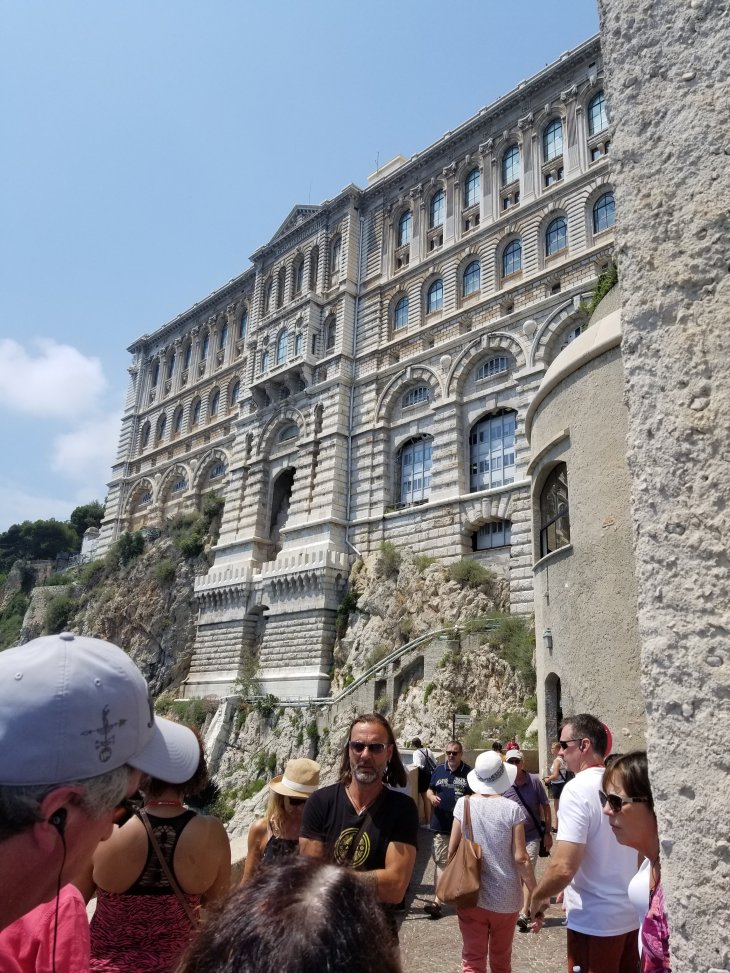 The submarine could only go down one hundred meters. Technology has sure changed since then.

Then through a park. The statue had four faces. One young, older, mother, and old. 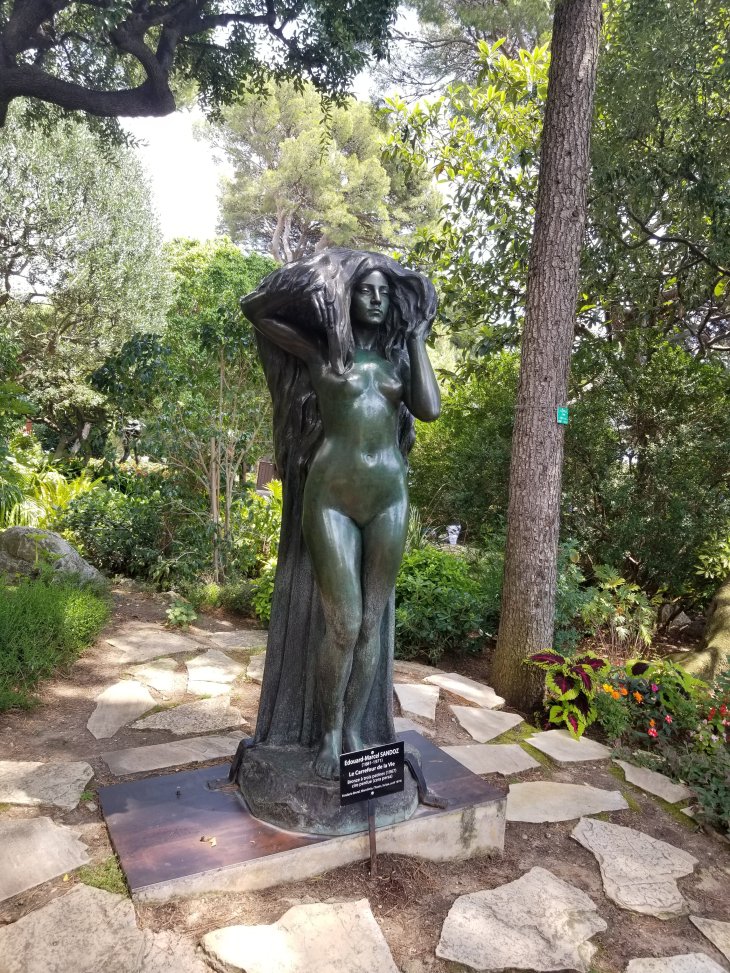 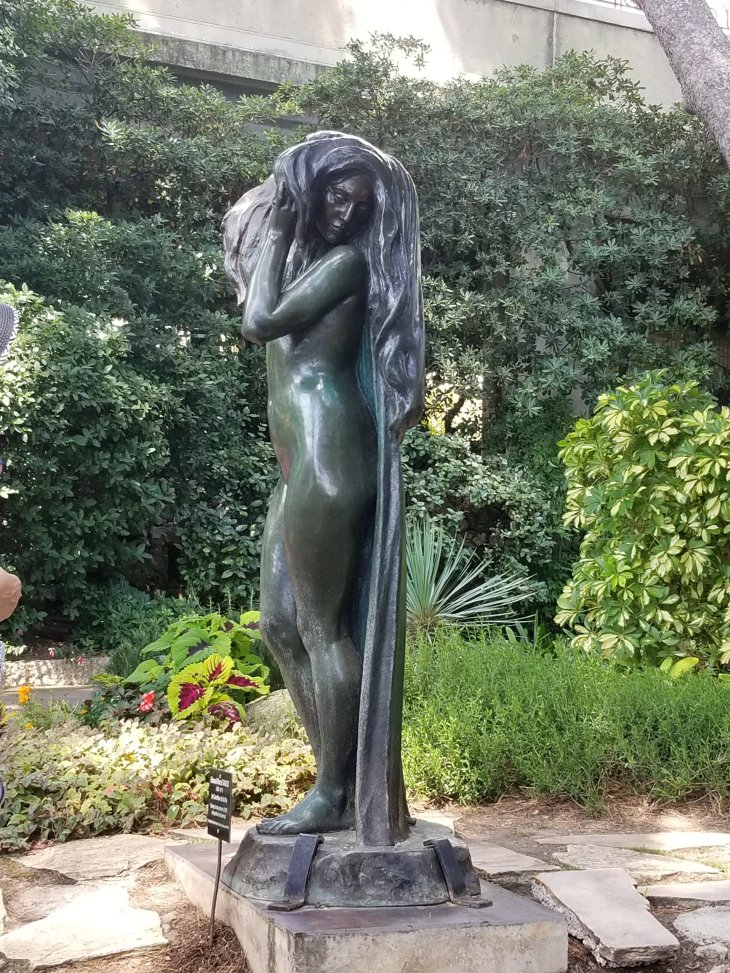 There was also a view to the newer construction. If you look, you can find a football stadium. The games are played on the fourth floor. Among other things, there’s a university under the pitch.

We passed by the cathedral, which was closed. That’s our tour guide.

We then reached a bunch of shops on small, narrow streets. No, I don’t own a restaurant. Apparently it is so expensive here that they couldn’t pay for both “D”s. 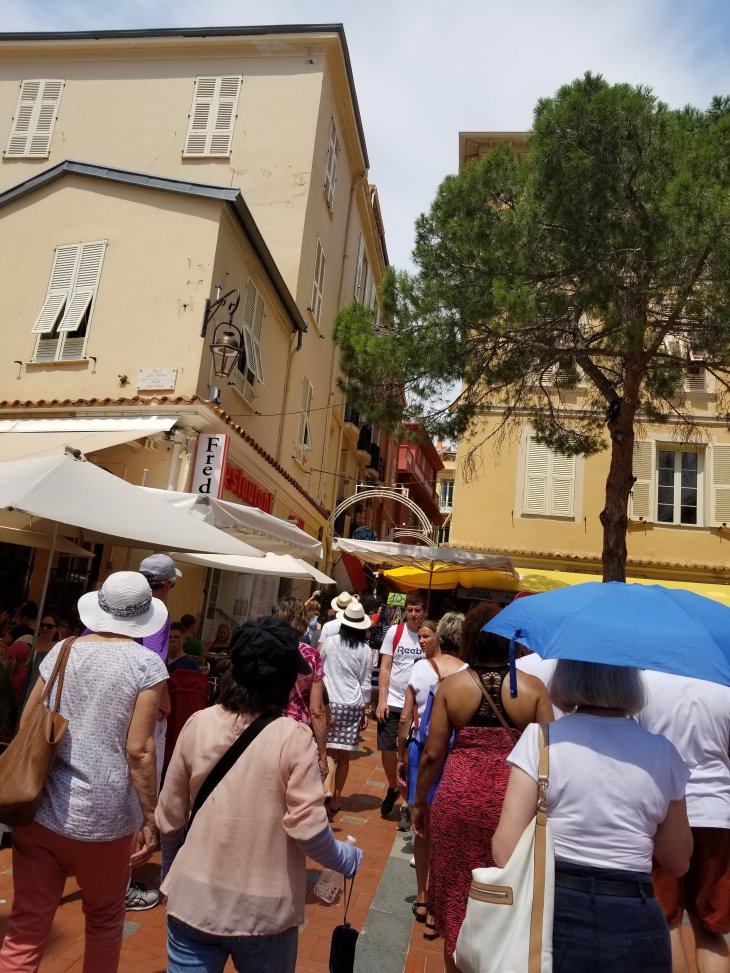 At the end of the walk, we had a great view of the ship and Monte Carlo. 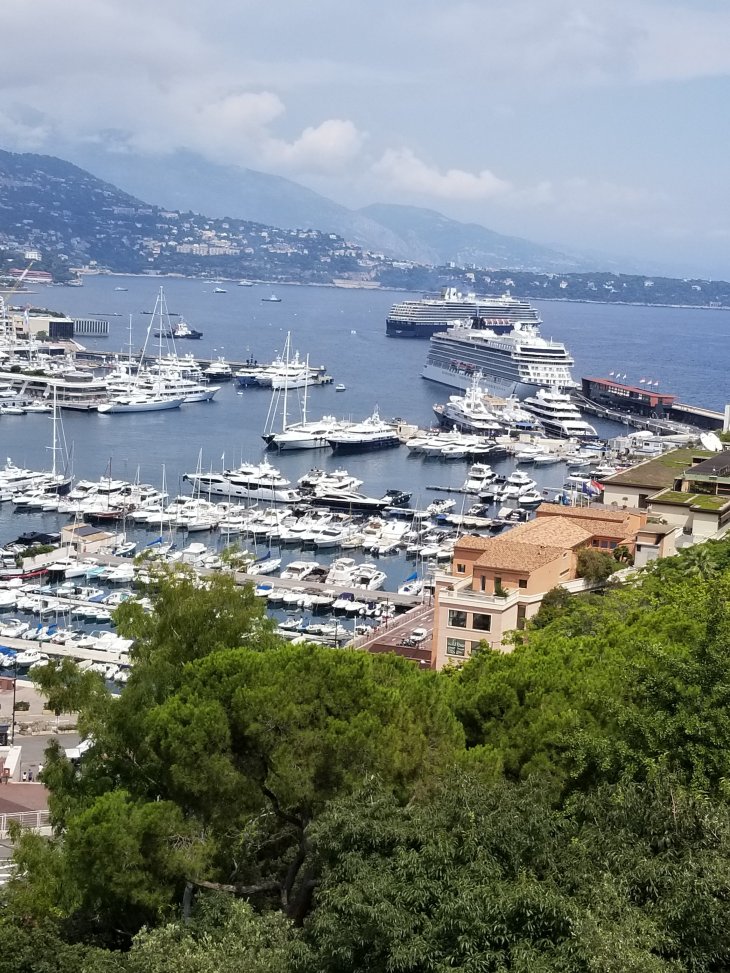 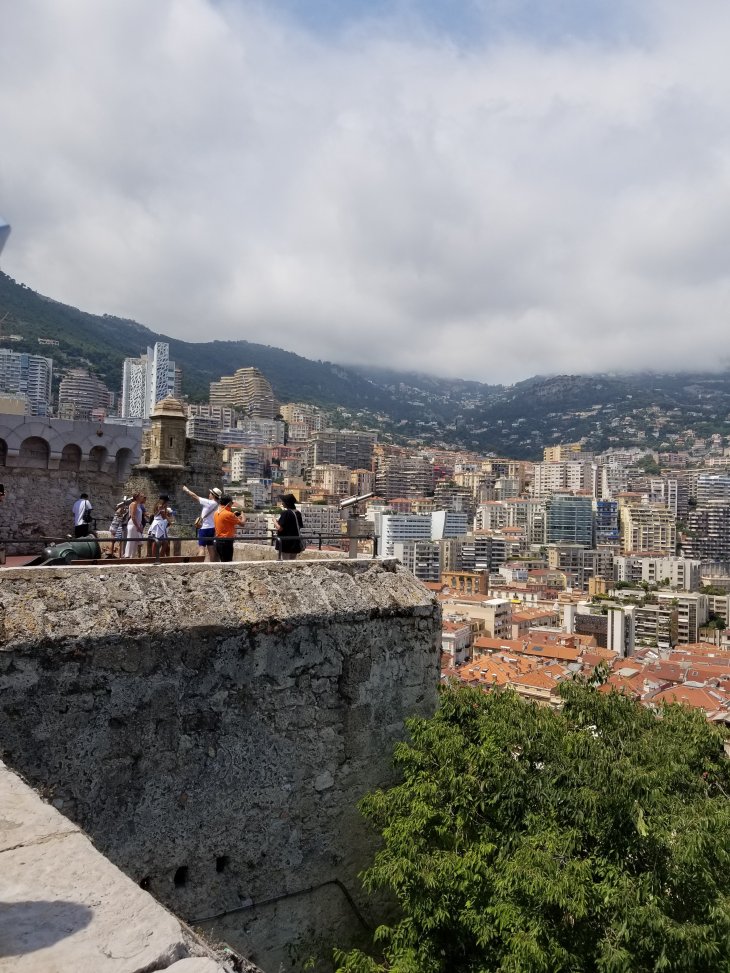 The excursion had free time after this point, but my mother and my wife were hot, so we retraced our steps without getting lost.

We returned to the ship in time for High Tea, with the classical duo serenading us with more popular music. Little sandwiches and Bengali Chai tea completed the experience.

I left my wife and mother to go to the Kitchen Table for dinner. No, I didn’t cook anything, but I received a Viking apron for the experience. I can’t describe all the food I ate, but it was a very pleasant two and a half hours. The head chef cooked most of the food in the room, which had only one table and room for maybe ten people. We had a different wine for each course. 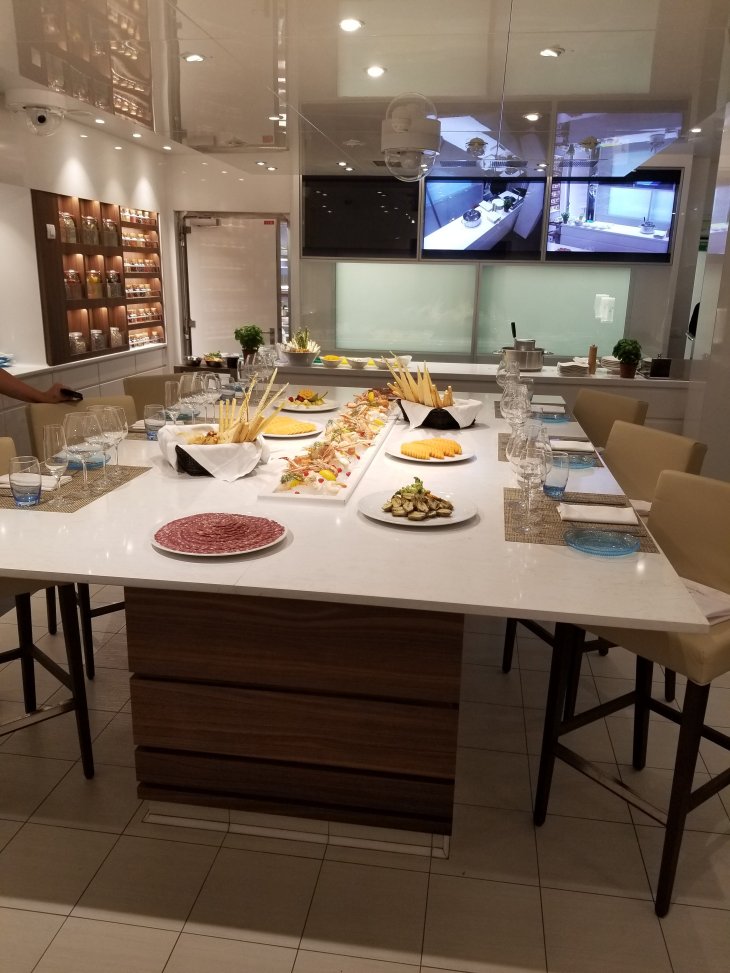 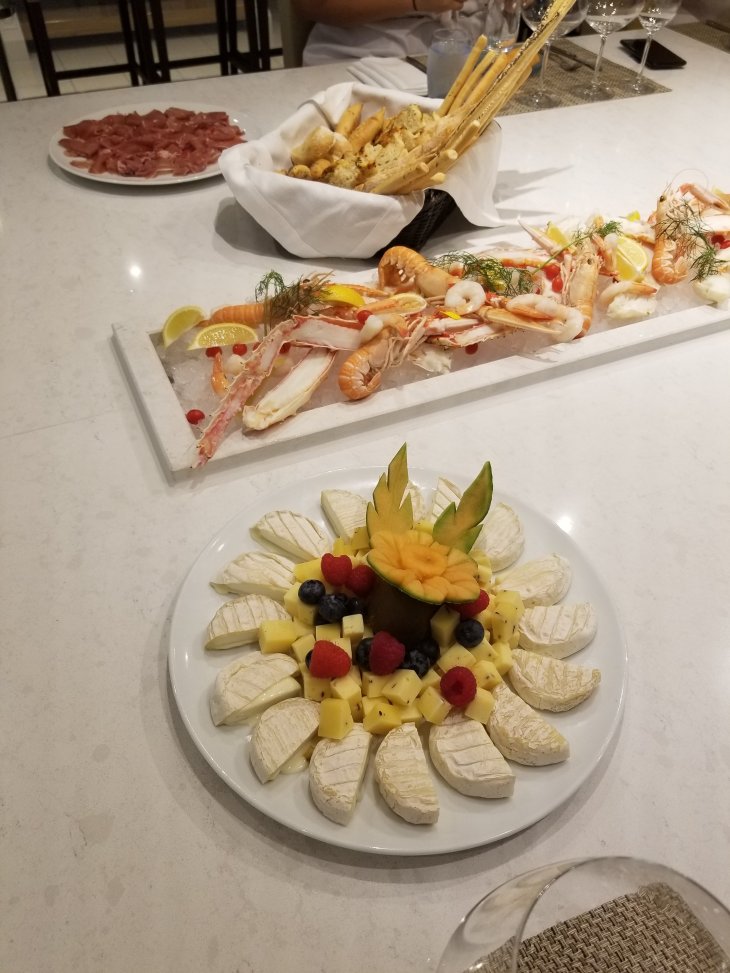 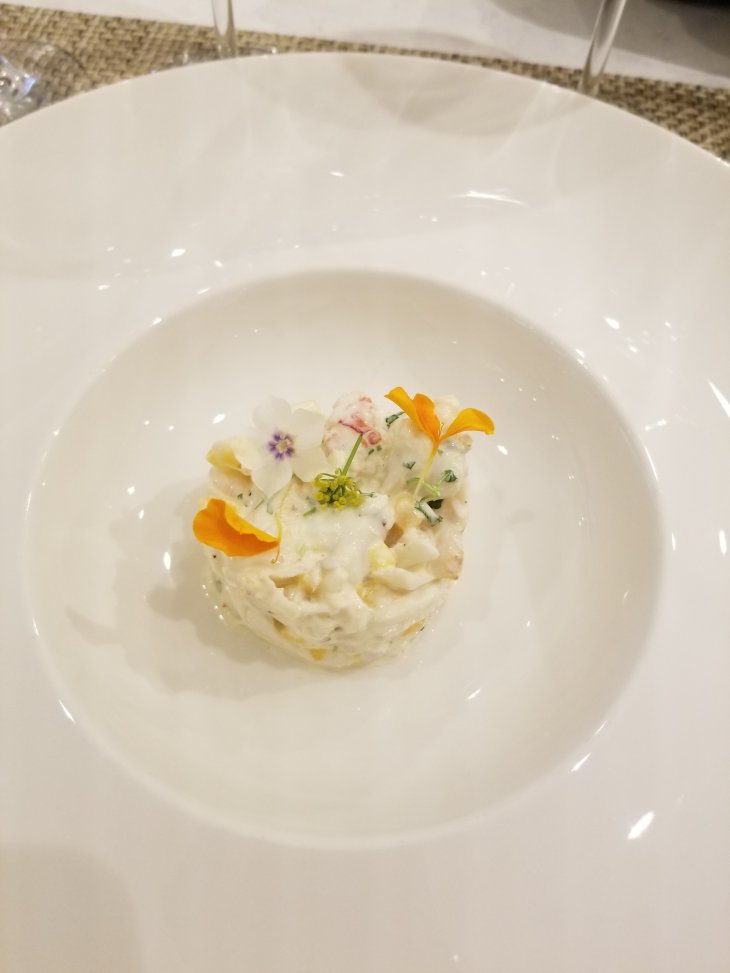 After dinner, I visited with my mother, and then off to bed for Lisa and myself.

This site uses Akismet to reduce spam. Learn how your comment data is processed.